skip to main | skip to sidebar


The Eurasian eagle-owl (Bubo bubo) is a species of eagle-owl that resides in much of Eurasia. It is sometimes called the European eagle-owl and is occasionally abbreviated to just eagle-owl.[3] It is one of the largest species of owl, and females can grow to a total length of 75 cm (30 in), with a wingspan of 188 cm (6 ft 2 in), males being slightly smaller.


The EEO (Eurasian Eagle Owl) I have is named Baby Girl. She is a captive bred EEO who is partially imprinted. Imprinting is a complicated process and if done wrong can result in food aggression as well as attacks on humans. Being the largest owl this could be very dangerous behavior. She has spent much of her life so far in our home but now enjoys being outside.


Baby Girl was born in March 2015 and will continue to grow for the first year of her life. She currently weighs 6 lbs, but the species can reach weights from 4 to 10 lbs.

The Harris's hawk (Parabuteo unicinctus) is a medium-large bird of prey that breeds from the southwestern United States south to Chile and central Argentina.

The Harris' hawk is notable for its behavior of hunting cooperatively in packs consisting of tolerant groups, while other raptors often hunt alone. It is the Harris's hawk's intelligence which leads to a social nature which results in easier training and has led to the Harris' hawk to become a popular bird for use in falconry.

The red-tailed hawk (Buteo jamaicensis) is a bird of prey, one of three species colloquially known in the United States as the "chickenhawk," though it rarely preys on standard sized chickens.[2] It breeds throughout most of North America, from western Alaska and northern Canada to as far south as Panama and the West Indies, and is one of the most common buteos in North America. Red-tailed hawks can acclimate to all the biomes within their range. There are fourteen recognized subspecies, which vary in appearance and range. It is one of the largest members of the genus Buteo in North America, typically weighing from 690 to 1,600 g (1.52 to 3.53 lb) and measuring 45–65 cm (18–26 in) in length, with a wingspan from 110–145 cm (43–57 in). The red-tailed hawk displays sexual dimorphism in size, with females averaging about 25% heavier than males.[3] The bird is sometimes referred to as the red-tail for short, when the meaning is clear in context.

We trap Red-Tailed hawks from the wild here in Louisiana. They are trained and released after the hunting season ends.

Studies have indicated that up to 80 % of wild Raptors do not make it through their first year of life. Taking the birds from the wild at this time of their life gives them a much better chance of becoming mature breeding bird. The birds taken from the wild are already imprinted on the wild so they can be returned to the wild with no issue on being imprinted with humans. It’s a relationship with the birds and really not looked at as pets. As a matter of fact I actually see myself as the birds dog since it looks to me in the woods to put up game for it to capture.


Retired in 2007 with 24 years of service is currently living in Anacoco, Louisiana. An avid outdoorsman, naturalist and Falconer in the great State of Louisiana. As a boy Scott’s Father introduced him to falconry and a passion to explore nature.
Posted by Vernon Parish Library at 11:26 AM No comments:

ArtistWorks for Libraries provides patrons with world-class instruction through self-paced video lessons from Grammy Award-winning music and artistic professionals. ArtistWorks for Libraries offers users everything they need for musical and artistic instruction, from introduction to advanced performance. Students now have access to this kind of instruction, regardless of reductions/eliminations of school music programs and without the high cost of private instruction.
Beginner to advanced music instruction for the most popular string and band instruments
Professional musicians provide instruction
Art and voice classes also included
Video based with bookmarking features
On-the-go learning
Remote access for 24/7 availability
Browser enabled for desktop and mobile devices
An RBdigital Gateway Service — one password, access to all services

Posted by Vernon Parish Library at 4:33 PM No comments: 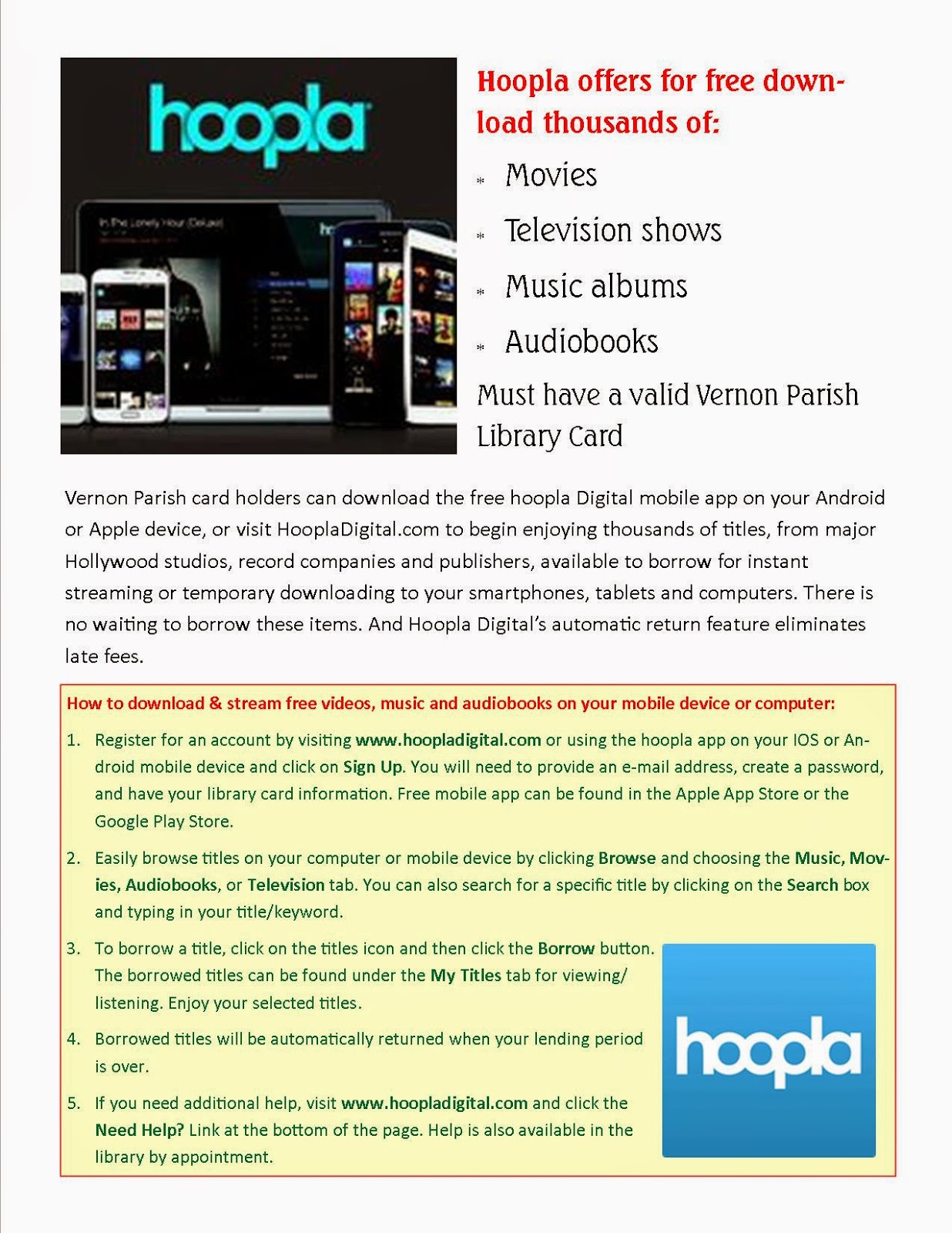 Posted by Vernon Parish Library at 7:15 PM No comments: 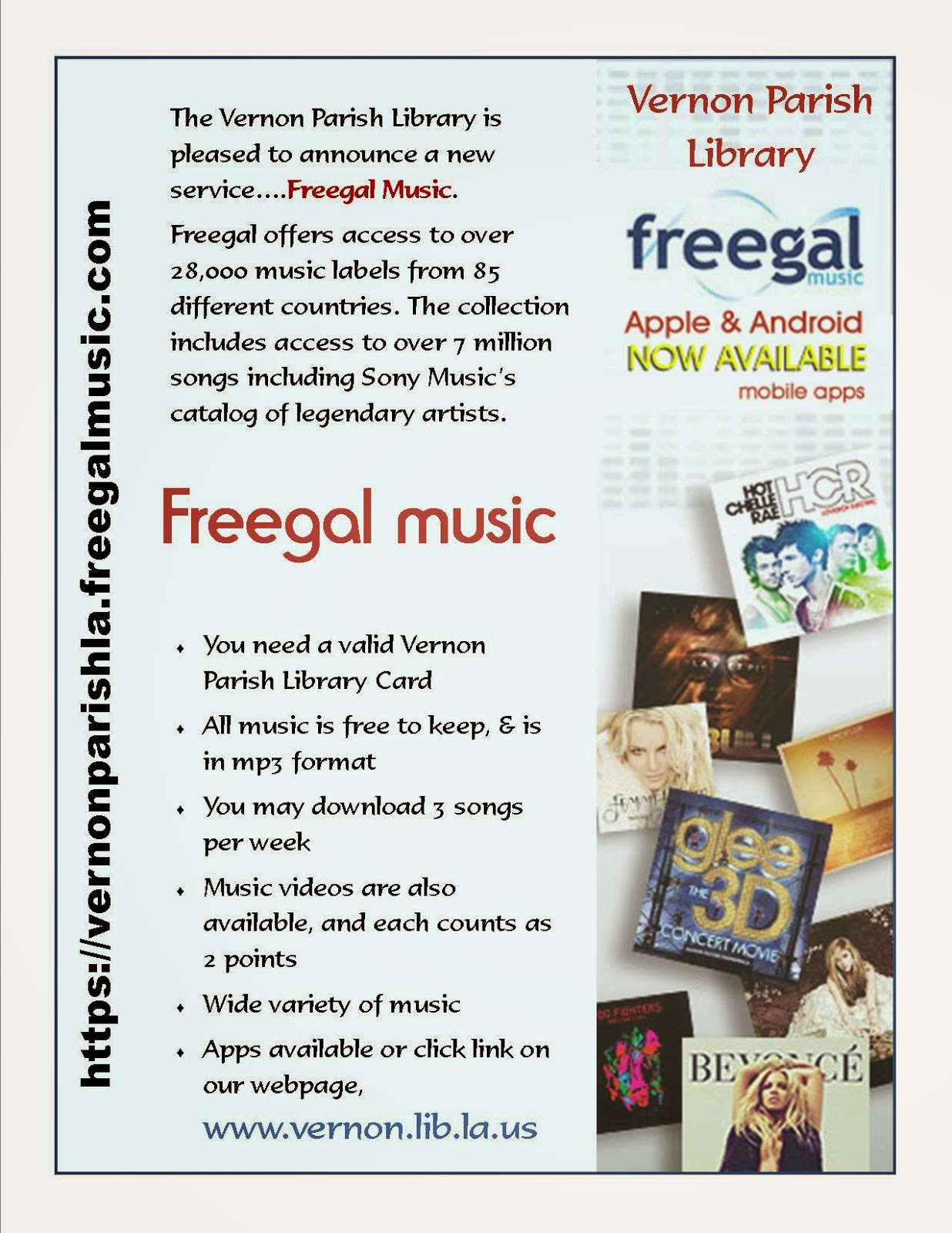 Posted by Vernon Parish Library at 6:21 PM No comments:

The Library has added a new SMART Table in the Children's Wing for preK-3rd grade children. This interactive table has many games and activities using a touch screen. Wonderful activity for parent and child. 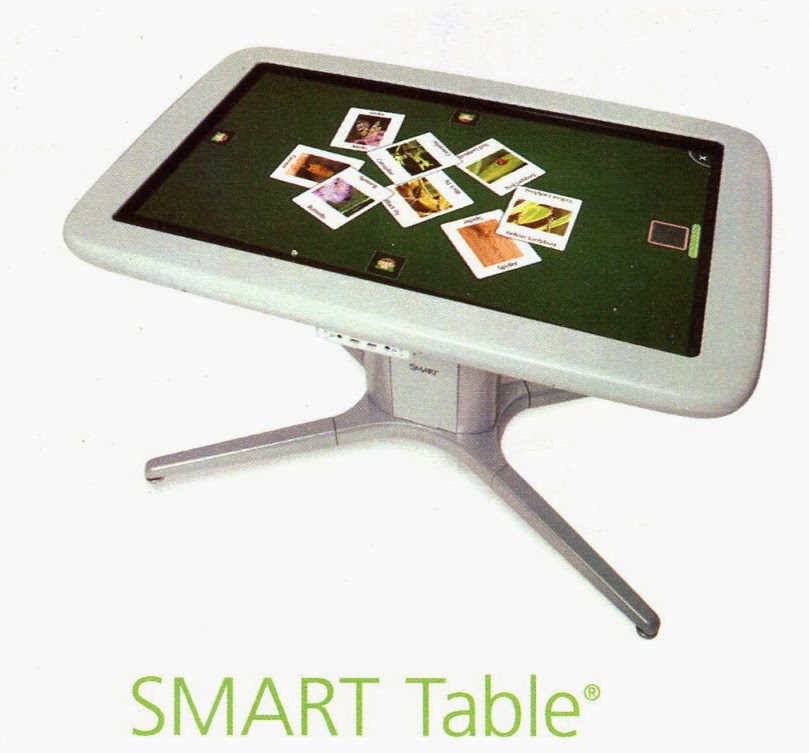 Posted by Vernon Parish Library at 3:56 PM No comments:

The Library also provides Lexis Nexis legal database for use inside the Library. This database is the same database many attorneys use. It contains Louisiana law, court decisions, etc. We also have the U.S. Code in our reference section, as well as the Louisiana Register (agency regulations).

Posted by Vernon Parish Library at 3:32 PM No comments: 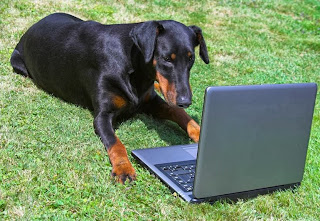 We now have laptops available to check-out for use IN the Library. Ask at circulation desk for more information.
Posted by Vernon Parish Library at 6:54 PM No comments: 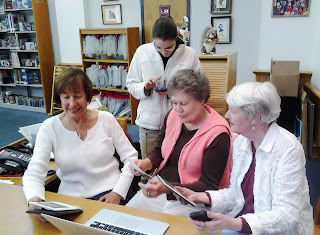 The Vernon Parish Library is now offering one-on-one training on how to download free e-books and audio-books from OverDrive and free magazines from Zinio. Training is by appointment only, every Thursday or Friday. Please call the library at 239-2027 or 800-737-2231, and ask for Flo for an appointment.

Materials may be downloaded to your laptop, computer, IPad, Nook, Kindle Fire, SmartPhone and more.

Posted by Vernon Parish Library at 3:26 PM No comments:


The Vernon Parish Library is pleased to announce the availability of Zinio for Libraries. Awarded Best New Database of 2012 by Library Journal, Zinio is the world’s largest newsstand, offering multi-user access to thousands of publications.

Through
www.vernon.lib.la.us, patrons of the Vernon Parish Library will have unlimited simultaneous access to thousands of complete digital magazines, which can easily be viewed on any Internet-enabled device inside or outside of the library. Zinio’s unique technology digitally recreates a magazine page for page, including full color pictures, intuitive navigation, key word article search and interactive elements such as audio and video. Consumer Reports, Good Housekeeping, PC Magazine, Popular Mechanics, Newsweek, Guideposts and Readers Digest are just a few of the popular titles available.

Currently, the Library is offering 97 titles. These may be viewed on patron’s laptops, computers, iPads, smart phones, etc. There are currently, three ways to access these titles. From the reference tab on our home pagewww.vernon.lib.la.us , scroll down to Newspapers and Periodicals, and click on ZINIO, or go directly to http://www.rbdigital.com/vernonparishla/zinio. The easiest is to click on the Zinio tab near the top of the Library's home page.  Users will need to enter their Vernon Parish Library Card number. Please visit the Vernon Parish Library for more information on this new service. If you are having problems using this service, please let us know.

Posted by Vernon Parish Library at 9:11 PM No comments:

New Sexual Offender Policy as required by Act 693 of the La. Legislature

In accordance with its responsibility to set policy for the Vernon Parish Library, the Library Board of Control has adopted on this 31st day of October, 2012 the following policy for the purpose of:


I.    Effective January 1, 2013, persons who have been convicted of sex offenses where the victim was under the age of 13 (referred to as “sex offenders” for purposes of this policy/regulation) are restricted as follows:

A.      Sex Offenders are allowed to use the main branch (Leesville) library of the Vernon Parish Library. At these libraries, their access is restricted as follows:


1.   Children’s Areas – No sex offender shall be physically present in any area of the library designated as a “children’s area” or “young readers’ area”.


3.   A schedule will be posted on-line and at the entrance (bulletin board in lobby) of the library facility.


Sex offenders will only be allowed access to these libraries if they first obtain permission to be on school property.  If they obtain this permission, the same restrictions as in section A of the policy apply.


Alternative channels of access to public library resources include:


1.      Access to the other branches as outlined above, and


2.      Allowing a surrogate to check out library materials from these branches on the sex offender’s library card.

D.     Employment - No sex offender shall apply for, work for, or otherwise provide services to a library facility as an employee, contractor, sub-contractor, or volunteer.

II.  Exceptions to these restrictions are:

III.        The Library Director shall be responsible for developing and implementing administrative and management procedures in furtherance of the policies stated herein.


A.      Configuration – To the extent possible, each library branch shall be arranged in a manner to ensure that areas devoted to children and young readers may be easily supervised by library staff, and such areas are segregated from other library resources and facilities.

B.      Notice – Implement procedures to ensure adequate public notice of each library branch’s times and dates of peak children’s hours and children’s programming. Adequate notice may include posting such information in a prominent location near the library’s entrance and on the library’s website.

IV.  The Library Director and members of the public are invited to make recommendations to the Library Board to improve this regulation or suggest state legislative changes that will allow public libraries to more effectively achieve the public purposes set forth herein. Those recommendations, along with any supporting documentation, should be submitted annually to the Library Board by or before Oct. 1 of said year. Such correspondence shall be sent:  Attention: Library Director.

Posted by Vernon Parish Library at 3:47 PM No comments:

Vernon Parish             residents now have access to three electronic resources made available through the State Library of Louisiana and the Institute of Museum and Library Services. The Vernon Parish Library announces that Mango Languages, McGraw-Hill AccessScience and TumbleBooks are now available to its patrons.


The State Library of Louisiana has added these services to the Louisiana Library Connection suite of statewide electronic resources.


Mango Languages offers more than 40 foreign languages to explore and more than 15 ESL courses taught in the patron’s native language. Patrons can learn anytime from home using free mobile apps or a computer and their library card.


The State Library of Louisiana provides services to all residents through their local public libraries and uses state and federal funds to provide statewide electronic resources.


The Institute of Museum and Library Services is the primary source of federal support for the nation’s 123,000 libraries and 17,500 museums. Their grants, policy development and research help communities and individuals thrive by providing broad public access to knowledge, cultural heritage and lifelong learning.


These are but a few of the many online databases and other online resources available to the citizens of Vernon Parish through the Vernon Parish Library. Some of these are OverDrive audiobooks, Lexis Nexis legal database, Homework Helper, Jobs, Government Documents and much more.

All print items (books, magazines, vertical file, etc.) will be 25-cents per item per day overdue


Audio-Visuals (DVD=s Audio-Books, CD-ROMS, etc.) will be 50-cents per item per day overdue


ILL (Interlibrary Loan Materials) will be $1.00 per item per day overdue

Materials  may be renewed by phone or in person one time if the items are not on reserve for another patron. Books may be returned after-hours in our book dropbox.

This is the first increase in fines in many years.
Posted by Vernon Parish Library at 3:44 PM No comments:

Welcome to the Vernon Parish Library 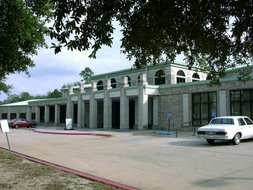 New Llano Colonist from the Archives 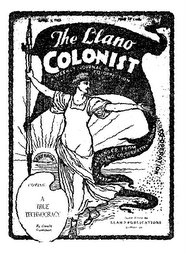 Boys Basketball (from the Archives) 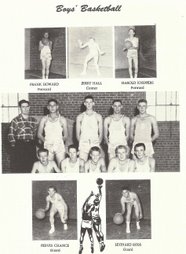 Wampus Cat, 1956 Yearbook (from the Archives) 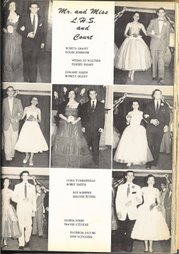 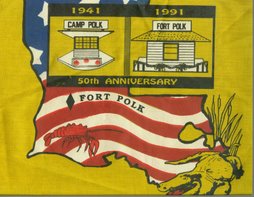